If you like to get drunk, Presidential debate drinking games will never let you down. You can’t possibly lose.

Candidates portion out their stump speeches into 2-minute chunks, answer the questions they feel like answering rather than the ones they’re asked, and deliver, with the flawless comic timing of someone whose sense of humor was forged in the white-hot fires of C-Span, awkward “zingers.” Drink every time someone says “tax cuts for the middle class,” and you might not make it to the post-game, when David Brooks explains why people like David Brooks are generally correct about these matters.

Watching the Presidential debates, we might, with any leftover idealism we happen to have lying around, believe that our witness is a civic duty. Even though the tradition of virtually mandatory Presidential debates dates back only to 1976, the debates have taken on the gravity of a Constitutional obligation, as if Thomas Jefferson and John Adams had been required to field Jim Lehrer’s questions in front of a live audience at Independence Hall.

The podiums, the flag, the vaguely martial music, and the somber tone of the moderator’s voice combine to create a theatrical effect of seriousness, patriotism, and timelessness. Even the word “debate” carries with it an aura of respectability, as if two great minds were about to engage in intellectual combat before our eyes, revealing the superior thinking that entitles one of them to be President. 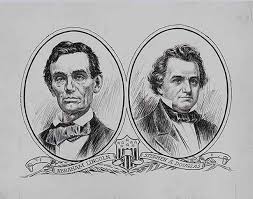 Yes, I know that the Lincoln-Douglas debates were for a Senate seat.

Then, they disappoint. We hope for Lincoln-Douglas. We get “America’s Got Political Talent,” a performance judged, as an entertainment critic perceptively noted, on style, sentiment, and presentation by a public conditioned to think of itself a reality-television audience rather than as citizens.

But the most frustrating part of the exercise is that debating is exactly the opposite of what a President is required to do every day. A President needs to negotiate, strategize, and compromise in order to accomplish anything. While a President sometimes gets his way through bare-knuckle brawling, he still has to make it look as if everyone, even his most humiliated adversaries, got a little piece of what they wanted in the deal, because tomorrow, he will need their help with something else. Presidents never need to stand in front of an audience supplying rehearsed answers to vetted questions while someone from the opposing party does the same. It’s like requiring job candidates to thumb-wrestle to prove their mettle for a biomedical engineering position.

Debates then, are useless, other than as a sublimated form of the ancient rite of combat for the throne (which would, at least, be more fun to watch).

Instead let’s force the candidates to demonstrate, on live TV in front of the entire world, the qualities needed to be a successful President. Let’s require them to sit down before an audience and, for 60-90 minutes, collaborate to produce a reasonable plan of action to solve a major domestic or international problem.

Since people love reality shows, we could ask the public to generate topics in advance (on Twitter, of course: #antidebate), then allow the live audience to vote on the final selection no more than five minutes before the anti-debate begins. The candidates would not only have to be prepared to solve a global or national problem, but also to work cordially with the person they’ve been out on the campaign trail bashing for the previous six months.

We would learn a lot about our polished nominees.

First, we’d find out how well they understand the issues, beyond their over-prepared soundbites.

We’d learn whether they know how to really listen to someone whose perspective is entirely different from their own.

We’d find out whether they can drill down into a complex issue to find the core values within, and to seek common ground in those values, if any is available.

We’d see whether they can create and collaborate, or merely tear down someone else’s ideas.

We would discover where their true loyalties lie: to party, to country, or to their most generous campaign donors.

Judging the winner may be a little tricky the first few election cycles. My first impulse is to say that if they come up with a reasonable solution within the hour, then they both win, and if not, they both lose, but depending on the issue, that is naïve. We have many problems about which we cannot agree and for which there really is no middle ground, and we elect a President to lead, not to look for the mathematical center of every line. And, really, if our most urgent issues could be resolved by two Ivy League-educated politicians discussing them for an hour, well, then, they probably wouldn’t be urgent issues for very long.

The point of the anti-debate isn’t to solve the problems, anyway, although maybe that could be its own reality show (“America’s Got Issues!”). The idea is to get behind the cardboard cutout characters we’re given for candidates and see how their minds work under pressure and in contention with other minds. We will determine the winner by observing the quality of the nominees’ intellects and characters, something we don’t see much of in other forms of campaigning.

I just don’t know what we’ll do for a new drinking game.

Julie Goldberg has lived a life entirely too entangled with books. She is a school librarian, former English teacher, compulsive reader, occasional jazz singer and the author of Lily in the Light of Halfmoon and In the Meat Department: A Novel, one of which may even be published someday! She is a former candidate for New York State Senate and Rockland County Legislature, and would be only too happy to tell you all about it. You could at one time follow her on Twitter, but she's done with that all that now. Please connect with her on Mastodon instead: https://social.coop/@Julie Mastodon
View all posts by Julie Goldberg →
This entry was posted in Criticism, Volta and tagged debates, drinking games, Election 2012, Obama, politics, President, Romney. Bookmark the permalink.