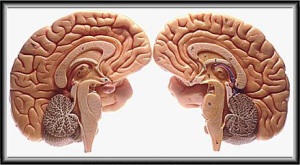 I grew up both.

Both Catholic and Jewish.
Both an only child and the youngest of four.
Both middle and working class.
Both a child of the 70s and 80s and, by accidents of birth and history, a very late Baby Boomer.

None of that was my doing.

Later, I experimented with a lot of different ideas, particularly religious ideas. I have been, at various times after leaving the Catholic Church, an evangelical Christian, a mainline Protestant, a Pagan, and a Quaker. I have found my home, for now, in a tiny Reconstructionist Jewish synagogue that takes me as I am and lets me sing in the choir. Each tradition signed its name on my soul.

I was a vegetarian for 18 years, including two pregnancies. Now, an omnivore.

My children weren’t vaccinated for 12 years. I used to receive Barbara Loe Fisher’s newsletter and write religious-exemption letters to my children’s school. I believed in herbs, homeopathy, vitamins. Now, the kids are completely up-to-date with their shots, and I’ve forgotten more than I remember about what herbs are supposed to help with what. Peppermint and chamomile are still good for a stomach-ache, though. I don’t care what anyone says.

I am a leader on educational technology professionally, and an enthusiastic proponent of Waldorf education, which prohibits most technology in the classroom until high school. In my public school role, I encourage my colleagues to move carefully and thoughtfully when adopting new pedagogical technologies. In the Waldorf world, I’m the rebel urging teachers and parents to experiment with new technologies. I’ve often done both on the same day.

I can argue in favor of positions I’ve since rejected, and have often found myself defending a view I no longer hold, if I felt it was being unfairly maligned.  Maybe my head should hurt, but it doesn’t. I’m used to it. In many ways, I was born to it.

In his 1936 account of his nervous breakdown, The Crack-up, F. Scott Fitzgerald wrote:

Before I go on with this short history, let me make a general observation – the test of a first-rate intelligence is the ability to hold two opposed ideas in the mind at the same time, and still retain the ability to function.

Nonsense, Scott. It’s not evidence of particular kind of genius. It’s merely the side effect of having no choice. With practice–and coercion–anyone can achieve Bothmind.

In a graduate course on multicultural education at Rutgers many years ago, Professor Joyce Penfield taught us that a child of two or more cultures, such as an immigrant or biracial child, is never 50% of each culture, but 100% of both. The moment she said it, lightness and relief washed over me. I thought about it for days afterward, smiling at random moments. I didn’t have to choose! I didn’t have to decide what parts of me belonged to which parts of my identity. And neither did anyone else. I didn’t owe anyone an explanation for my bothness. 100% of both minds, both identities, both ways of looking at the world. It made perfect sense.

I can’t define Bothmind for you, for how can one give anyone else a tour of her consciousness? I can tell you a little, though, about how it works, how it endows those who possess it with both marketable skills and serious handicaps.

Perhaps Bothmind is more common than I think, and many people have some version of it. I don’t know. It’s difficult enough to understand the workings of one’s own mind; it’s probably impossible to understand the intricacies, or even the rough outlines, of anyone else’s. I suspect that people with Bothmind share a few proclivities, but we have not yet found each other to compare notes. We don’t even have a hashtag, much less an organization. We are a yet-undiscovered tribe, secret even to ourselves.

If you’re blessed or cursed with Bothmind, too, I hope you’ll leave a comment explaining how yours works.

Great thanks to Neil Fein of the Magnificent Nose for editorial wizardry. The flaws that remain are mine alone.

Julie Goldberg has lived a life entirely too entangled with books. She is a school librarian, former English teacher, compulsive reader, occasional jazz singer and the author of Lily in the Light of Halfmoon. You can email her at perfectwhole@gmail.com and follow her on Twitter @juliegoldberg.
View all posts by Julie Goldberg →
This entry was posted in Volta and tagged Bothmind, brain, consciousness, education, freaks, religion, soul, Waldorf education. Bookmark the permalink.

15 Responses to Adventures in Bothmind